Change Your Mindset - Change Your World. The Plan is the first step to activating effortless wealth

Now is the time to subscribe to our newsletter and download your Wealth Planner to clarify your intentions, amplify your commitment, and strategize your actions to become financially independent faster.

Story #2: The Things Women Are NOT Supposed To Do 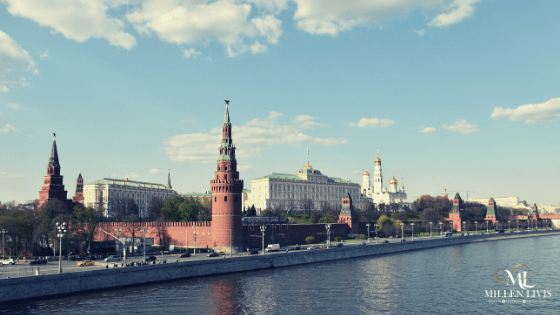 Going to the University was my escape plan from the constant negativity and emotional abuse I felt at home.

My plan was to go to school and never come back. EVER.

I had achieved top honors in high school and had decided to attend a top college in St Petersburg (now Russia), to become a physicist.

In the former USSR, the application process included your passport.

Even though my family did not practice the Jewish religion (ALL religions were prohibited in the country at that time), I was identified as Jewish in my passport.

The university advisors looked at my paperwork and passport and said: “This University is not the right place for you.”

My friends and high school teachers told me to “Not Fight The System!”

But I pushed to make it happen.

I needed to pass one test to start the process of college enrollment. Normally, that test was given orally, and the answers were delivered on paper, but things would be different in my case.

Once the test was done, even though I had passed the exam with flying colors, the “specially trained” professor erased the board (destroying my work), and gave me an F grade.

I was stunned; it was like I’d been knocked down by a hammer.

For my entire life, I had believed that knowledge, hard work, passion, and dedication were all I needed.

Before that dismal day, despite my father, I always believed that I could do anything!

But my friends and teachers were right – I couldn’t fight “The System,” but maybe I could work around it.

One year later, I was accepted to another prestigious university and began my Master’s level Physics’ study.

Unfortunately, the “Old School Communist Boys’ Network” still had a few surprises waiting for me.

Knowing the “Old School Communist Boy’s Club” I told you about before – any guesses what happened??

The faculty of the University figuratively put a gun to my head.

They told me I had to sign a paper saying I did not want to take the Academy of Sciences offer, or I would have a lot of challenges in finishing my courses and ever graduating.

The message was clear – “Don’t play against us or ELSE!”

And so, my mentor at the Academy of Science gave me this advice:
“Learn English and get the hell out of this swamp!”

In the next story, I’ll tell you about another part of my life that was happening at the same time.

Have you ever had to deal with an Ultimatum?

Have you ever been put in the unfair position that was REALLY important for you?

Has the “Old Boys’ Club” shortened your career or imposed the glass ceiling on your career prospects?

Financial Independence With the Wealth Planner

Are you ready to Activate Effortless Wealth? Start with my wealth planner

Previous Post Story # 1: Conform or Get Out? Next Post Story #3: There’s Only 1% Chance Your Child Will Live

Bonus Wealth Planner for You!

Subscribe to our newsletters to receive regular updates and tips about wealth, freedom, and fulfillment & get instant access to the free Wealth Planner.