Story #7: The Ultimate TEST of My Convictions that Saved My Life 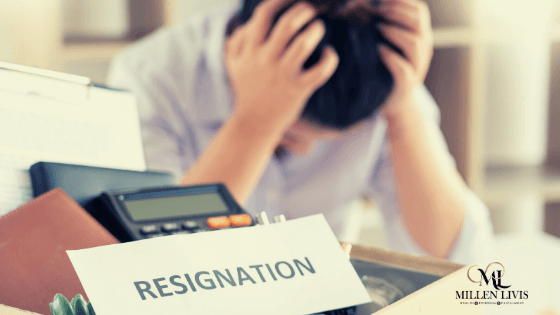 At the time I applied for admission to the Wharton Business School, I was working for a female boss at one of the major Wall Street firms.

Let me just say; my boss had a reputation for being REALLY hard to work with – her mood and demeanor could change in an instant.

She was often angry and disrespectful. I hated being in her energy….

When I got accepted to Wharton, she and those above her had agreed I could work part-time while going through the M.B.A. program at the Wharton Business School.

That was perfect and would let me keep a little cash-flow going while I paid for my study.

Then one day, I got called into the boss’s office…

There were three senior managers there, sitting across the table, waiting for me.

The meeting began like this:
“We see great things for you, you have a great future here…but we can’t let you work part-time!

You have to choose – this job OR Wharton.
You can’t do both.”

I was making significant money at that time, and I know they thought they had me in a corner.

I felt they were sure I would compromise my plans, so they forced me into another ULTIMATUM moment in my life!

They didn’t believe I could possibly resign.

But they were wrong!

I remember thinking:
“I want my own path, I want to make my own decisions, and I want independence, so I don’t have to depend on you, your 401k, anything or anyone else!”

My daughter was already in college.

In March, I left my husband, my beautiful home, and 95% of my belongings.
I moved into a tiny apartment in Hoboken, NJ, across the Hudson River from New York City.

In May, I resigned from my job.

In June, I started at Wharton.

And on September 11th (9/11), I watched LIVE, across the river, how the planes flew into the World Trade Center…….

I’d spent over ten years working in that building.

And now I had friends who died in that building.

If my x-husband had not overslept that morning, he would have been in the building too.

As I watched in horror as the WTC towers were falling, all I could think about was…

How lucky I was that I had followed my inner voice and inner compass.

How lucky I was that I was no longer compromising with my life.

How lucky I was to be alive when so many people I knew had died!

The fact is…if I had continued to compromise on what I really wanted,
if I had been weak and let my bosses bully me into staying with the “status quo” instead of following my dreams – I would have died that day!
Leaving my daughter and my mother all alone….

I skipped my graduation to attend hers.

And once I graduated from Wharton, my family, friends, and agents wanted me to use my M.B.A. degree to go back into the corporate world.
They saw my degree as a golden ticket to go back into something practical and reliable.

But that just didn’t feel right to me!

I’d learned to listen to that little voice that had saved my daughter when she was a baby and had saved me from dying on 9/11.

I could have compromised and gone back to my old corporate life.

But I wanted to pursue a new path in my life.

I knew that most of the financially independent people had diversified investment portfolios (e.g., invested in real estate), and that was the path to independence I decided to pursue.

What Ultimate TESTS have you had in YOUR life?

What tough decisions YOU had to make that turned out to be great decisions?

How to Get To Financial Independence Faster and Easier: 3 Lessons From My Journey

Previous Post Story #6: Surviving in Corporate America in the 90’s Next Post Story #8: My First Business – The Good, The Bad, and the SHIFT that Changed Everything